It Wasn’t Me. I Was Possessed. 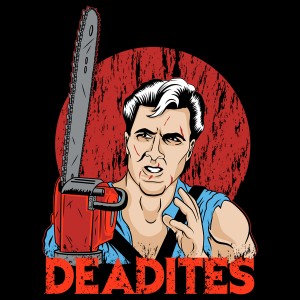 As if that Ancient Aliens guy saying everything was Aliens wasn’t bad enough, here’s Ancient Deadites Ash here to tell you that everything is Deadites. Now, it’s true, according to Evil Dead mythology, the Deadites have been around since ancient times. But I’m not sure they were responsible for anything constructive in history. Maybe they brought down the Hindenburg. Maybe they lured the Titanic closer to the iceberg. Maybe they caused the Black Plague. But I don’t see them building any pyramids any time soon. I definitely don’t see them flying any spaceships around. Who knows? Maybe the Deadites are the ancient enemies of the Aliens. I guess we’ll find out in Ash vs. Evil Dead.